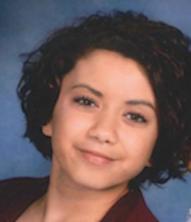 Kiera’s love of music began at the age of 7, when she started taking piano lessons from JoAnn Salony. JoAnn was such a blessing during Kiera’s battle with cancer. It was about this same time when Kiera began to have numbness and tingling down her legs. This was diagnosed as “just growing pains.”

At the age of 9 (third grade), Kiera was diagnosed with Epithelioid sarcoma, a rare soft tissue tumor in the sacrum area. She had many tests and surgeries, traveling to Pittsburgh and Philadelphia. After a third surgery, she was in remission. She was also diagnosed with Turner’s Syndrome, and therefore the small stature.

In the fourth grade, Kiera decided to learn the violin through the Juniata Gap music program, and immediately fell in love with playing the violin!

At 11 years old (fifth grade), a tumor started to grow in her chest wall. No surgery could be performed due to the location, and it slowly grew. There was no chemotherapy that would help either.

Kiera went to Medjugorje, Bosnia, with Father Bill Kiel, family, and friends. This is where the Blessed Mother has been appearing since 1981. Father Kiel blessed Kiera from a puddle on Apparition Hill and prayed over her. The visionary told Kiera not to be afraid. Kiera said she wasn’t and that she was in a win-win situation; she wins if she stays here and she wins if she goes to Heaven. After the pilgrimage to Medjugorje, the tumor disappeared! Her oncologist said it was miraculous!

Meanwhile, Kiera was determined to be the best she could be at playing the violin, and in the seventh grade, she was awarded a scholarship to learn from Roger Shingler. She said that this was one of the best days of her life! Mr. Shingler’s violin lessons, as well as his life lessons, were invaluable! He is playing in this concert for Kiera, using Kiera’s violin.  Kiera also loved Mrs. Kelly Detwiler, Altoona Area School Orchestra Director, who helped give Kiera the passion of playing the violin.

At the age of 14, tumors appeared on her head and lining of the brain. Then at age 15, the tumor in her chest wall reappeared. Kiera had surgeries on her head, much testing, and clinical trials, traveling to Pittsburgh and Cincinnati, of course taking her violin (her baby as she called it) with her. Kiera said she would gladly do clinical trials because it may help someone else. She showed so much courage, compassion, and strength.

In the ninth grade, Mrs. Detwiler awarded Kiera the Orchestra Director’s Award, not because she was the best violinist, but because no matter what Kiera was going through or how she was feeling, she always came to class with a smile on her face, complimenting others, and helping the younger orchestra members. Kiera practiced constantly. She loved playing with the Make a Joyful Noise Wehnwood United Methodist Church Camp, as well as the Hollidaysburg Music Camp with Maestra Cheung during the Summer. She played her violin at her church, St. Therese of the Child Jesus in Altoona, and loved her church family. She taught violin to two students, Nina and Adrianna.

A special Pittsburgh Symphony Orchestra violinist, Jennifer Orchard, would come and play for Kiera during radiation, which helped her through these difficult days.

Kiera lived life to the fullest until she was 16 1⁄2. Her stubbornness would not keep her from doing what she wanted. Playing the violin helped her cope with all that she went through. She had a very strong spirit, courage, compassion, and strength. She loved to be with her family and friends, dance, sing in the school choir, and kayak. She loved God’s creation of flowers. Her favorite holiday was Halloween. Kiera excelled in school in spite of the cancer. She always had a smile. Kiera received the Matthew 25 Youth Humanitarian Award by Catholic Charities.

Kiera was the Junior Ambassador for the Griffith Family Foundation after a God wink and became friends with Cathy and Greg Griffith. Greg passed away from pancreatic cancer, and his amazing wife, Cathy, is fighting for a cure. When Kiera received the Beacon of Light Award in 2012, she said, “Remember when you are sick, God is always with you.” At a 2013 symposium, she said, “Always trust in the Lord our God.” Kiera met Madi Fulchiero at a Griffith Family Foundation dinner benefit, and then they met at school and became friends.

After Kiera went to Heaven, Madi wanted to do something to keep Kiera’s memory alive, so she began the Courage for Kiera Foundation. This foundation awards scholarships to seniors in the music program that exemplify Kiera’s courage and strength and provides a need-based scholarship to a Penn Mont student for the cost of an instrument and a year of music instruction.

Kiera’s family was also inspired to provide a yearly scholarship to an orchestra student in her memory.

During all of the 7 1⁄2 years of treatments, the Brian Morden Foundation was always there and still is! They provided gas cards to Pittsburgh, Philadelphia, and Cincinnati. They put smiles on Kiera’s face with special gift bags at every holiday. They gave a scholarship in Kiera’s memory. Dawn Morden, founder and mother of Brian who passed away, is always a support and thinking of how she can help the children and families affected by childhood cancer.

During the last year of Kiera’s life, she wanted to have a small concert with her orchestra friends to benefit the Brian Morden Foundation to give back all that they did for her and to help other children with cancer. She previously had two birthday parties asking for donations to the Brian Morden Foundation instead of presents. She became too ill to make this dream come true. On December 8, 2019, in the Mishler Theatre at 3 PM we will fulfill her dream, bigger than she ever dreamed! With God, all things are possible.

Kiera said, “Don’t be sad, I can’t wait to meet God, and we will be together in a blink of God’s eye. At the end, she said she was ready to go to God. You can bet she is playing the most beautiful music on her violin for the most amazing orchestra in Heaven! Kiera brought many to a better faith in God.

Kiera’s family would like to thank God for the gift of Kiera and His many miracles, our wonderful family, friends, Dawn Morden and the Brian Morden Foundation, the Altoona Symphony Orchestra, the Altoona Youth Orchestra, sponsors, advertisers, all who donated, volunteered, and will attend Kiera’s Dream … a concert to benefit the Brian Morden Foundation to make Kiera’s Dream come true. God Bless you all!

Thank you Kiera for having this wonderful dream!

The Lord will save me,
we will play stringed instruments
all the days of our lives
at the house of the Lord.