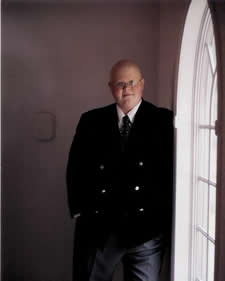 He was born at Altoona Hospital on January 10th, 1984, son of Fred and Dawn (Suckling) Morden.

Brian graduated from Altoona Area High School in June 2002 and received the Verneda A. and Leo J. Wachter, Sr. Foundation Academic Scholarship for outstanding achievements and dedication to family, church, country, education, and enterprise. He was accepted at Penn State University where he hoped to major in film and video. While in high school Brian loved playing his trumpet as a member of the marching, concert, and jazz bands as well as the orchestra and pit orchestra. He also enjoyed playing his trumpet at area churches including First Evangelical Lutheran, Altoona, of which he was a member.

Brian loved working with computers and was an avid online gamer and forum participant. During his “Make-a-Wish” trip to the Bungie company in Redmond, Washington, he contributed voiceovers in the production of HALO, X-box’s 2001 Game of the Year. Brian also loved Italian food, loved to cook and was a fanatic Tolkien fan since he was in elementary school.

Brian is preceded in death by his paternal grandparents, H.C. “Pete” and Bernice Morden.

A memorial service for Brian was held at First Evangelical Lutheran Church, 1401 12th Ave., Altoona, PA, on Saturday, February 22, 2003, at 5 PM by the Reverends Fred Romig and Jaime Olson.