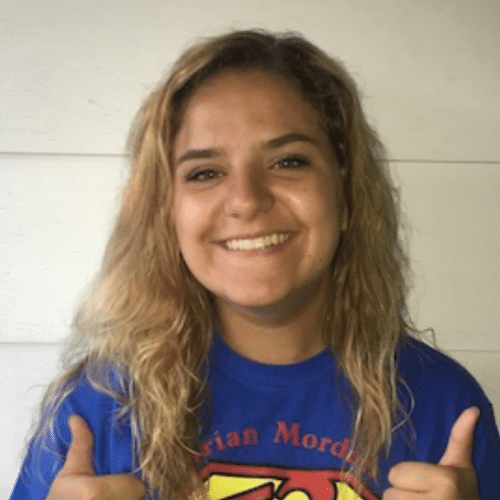 My name is Alexis Kensinger. When I was 18 years old and a senior in high school I was diagnosed with Stage 1 thyroid cancer. I was in a car accident 3 years prior to being diagnosed. The following day I had to go to the doctors. While there the doctor said “your thyroid looks very enlarged.” My mom was there when she said it and we had explained that I was in an accident the day before and it could’ve been from the seatbelt. We had rushed over to the hospital to get checked out. They did a CT scan and everything came back fine.

Fast forward 3 years and I had changed doctors so it was my first appointment with a new doctor. Same deal, the first thing she had said was “your thyroid looks very enlarged, have you ever got it checked out?” We proceeded to tell her about what had happened and she said she wanted me to go get blood work taken again. We go right over to the hospital again and we got a call a few days later that something had come back and they want me to call the ENT Doctor & schedule an ultrasound. 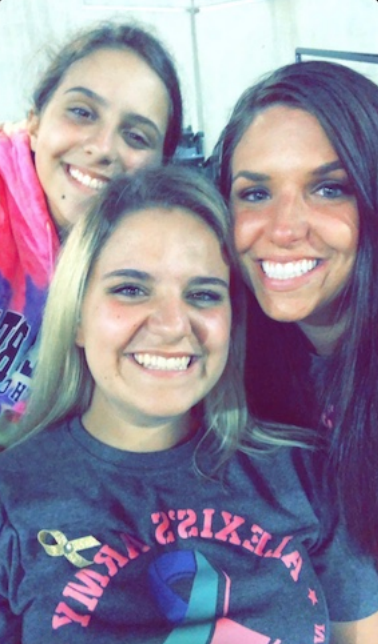 A couple days later, we get in and the doctor begins to tell us how when she looked back in my records the last time I got the blood taken for it that the doctor never ordered the correct blood tests she was supposed to. She then also explained how I very well could or couldn’t have had the nodules/goiters that were growing in my thyroid back then. The ultrasounds never bugged me just because I had issues with seizures as a child so I always thought hospitals were so interesting. The following week we went and got a biopsy. Out of my whole journey with cancer, the biopsy was probably the most uncomfortable besides the surgery. My nodule tumor was so deep and when they put the needles on it, I swallowed and it felt like it ran right off of them. But I knew I had to do what I had to do.

We go back to the ENT a couple days later and she says the words “Well, It’s cancer”. My initial thoughts were “oh my gosh, I have cancer? Is it true? How could I have not known?” Both my Mom & Dad we’re in there with me, and you see the tears start going down their face. I knew I had to be strong and I had to be strong for them. With a smile on my face I told them “I got this”. They were scared; they had every reason to be. I couldn’t imagine hearing your child has cancer. 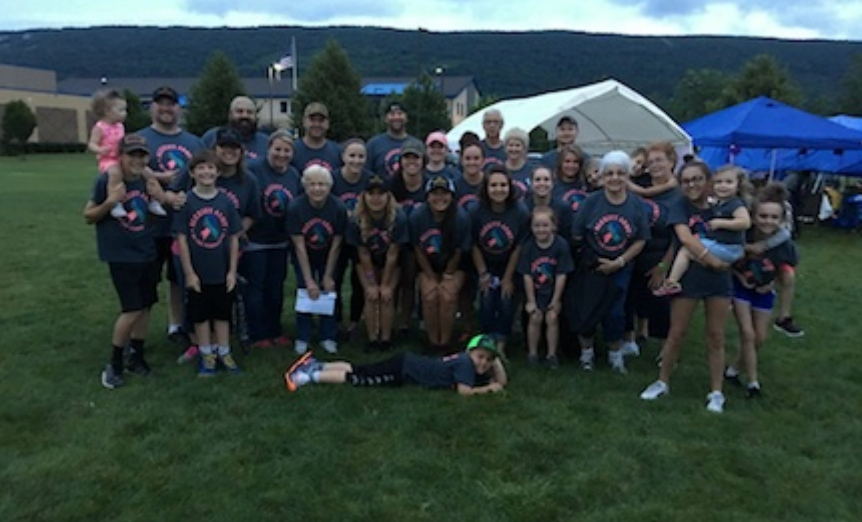 My friends at school and Cheerleading knew about me having to go to the doctors. I texted a few of my very close friends, but how I announced it was on a status on Facebook. My mom had been asking for prayers on there as well. So many people had reached out to us, brought me gifts, ones made t-shirts, car decals, you name it. 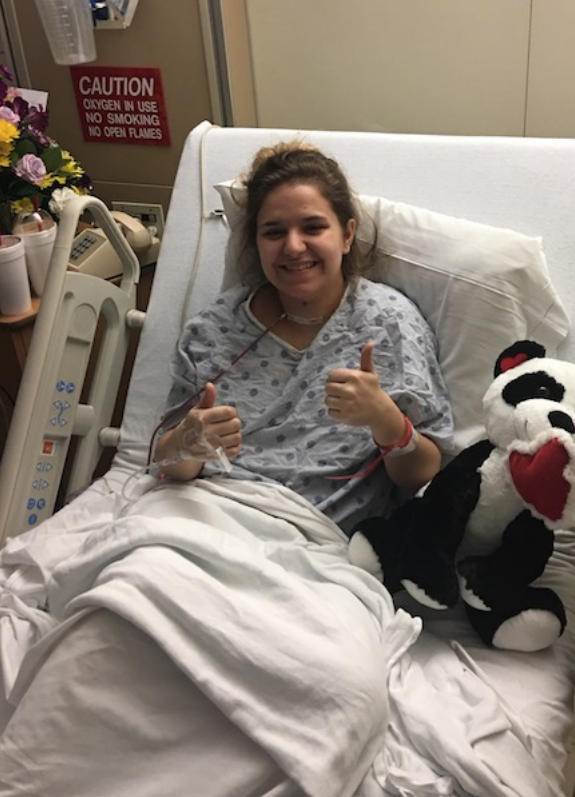 Bellwood is one amazing community and they come together like a family when a family member is going through something. It took a couple weeks to find out when my surgery would be scheduled. My surgeon, Kara Kimberly was also from Bellwood. Through this whole process I really wasn’t nervous until the morning of surgery. I had family surprise me from South Carolina so that was a great distraction. When it got to the point of saying bye to my family that’s when the nerves came back. I had to sit there close to 2 hours and I was just thinking of everything that could go wrong.

It was time to go in. 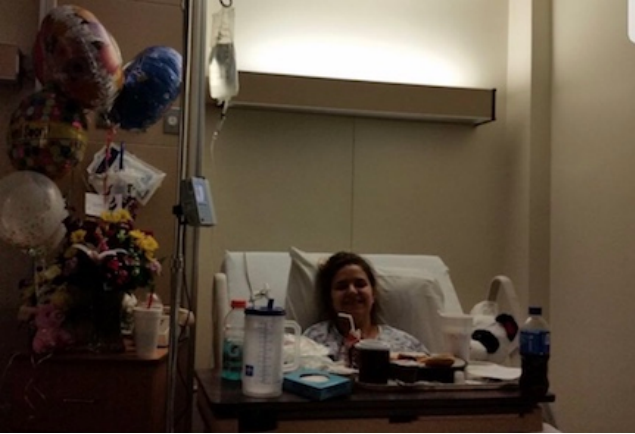 I woke up hours later and my throat felt like a sore throat, when you swallow sometimes it had a bad pain to it. The pain was rough but they gave me Ibuprofen and Tylenol to help with it. They released me the following day. 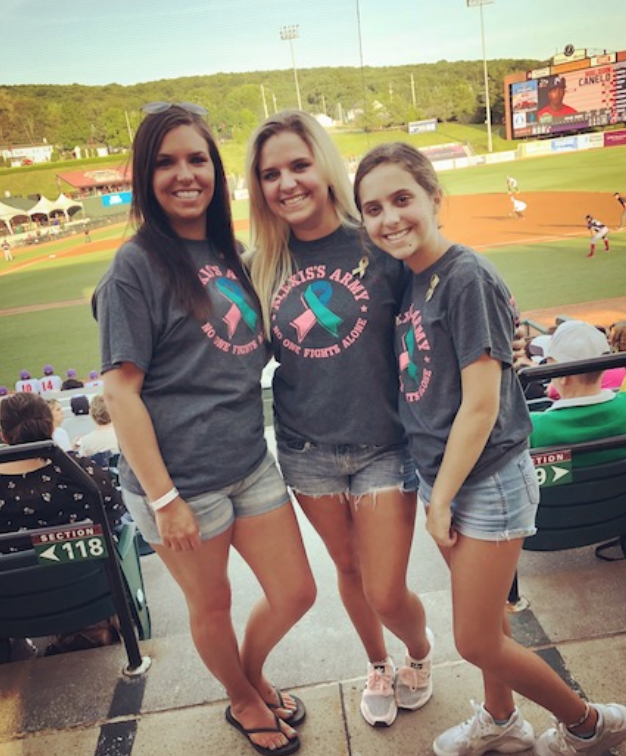 My recovery was very good, I thought, and in a few days I was up walking and almost back to my normal self. I was the captain of the cheerleading squad, I only missed two weeks of winter sports games and then I was back. Driving was a little difficult just because of turning your neck made it a little frustrating. Thankfully not many of my daily activities changed. 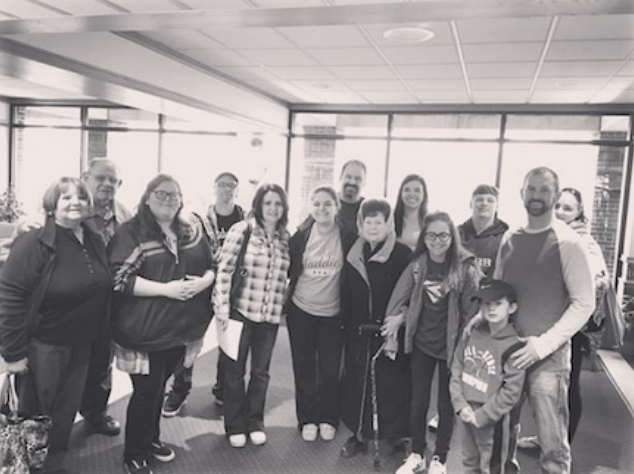 I will take Synthroid every day for the rest of my life. I see my endocrinologist every 3 months with blood work and a yearly cancer screening. The main thing that is aggravating is my dosage changes constantly. My doctor says this if very normal and it may take a while to get it on track.

This changed my life mainly because it opened my eyes and made me see how quickly everything can change in a blink of an eye. I was lucky because I had a cancer that is very treatable. Sadly not all are like that. I also wouldn’t change a single thing of what happened. After my whole experience it has made me choose a job in the medical field. My dream is to one day work with children with cancer. 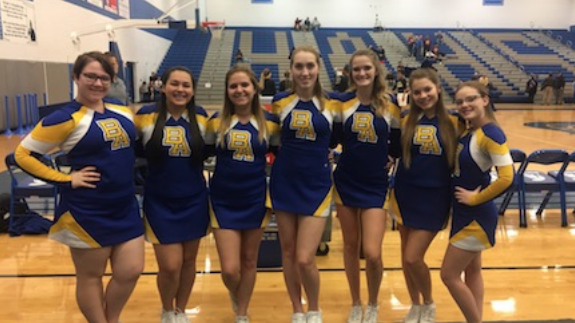 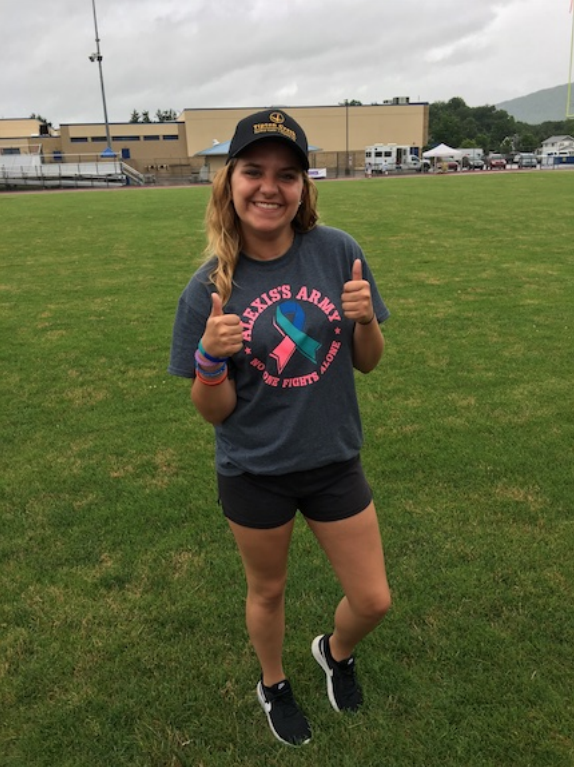